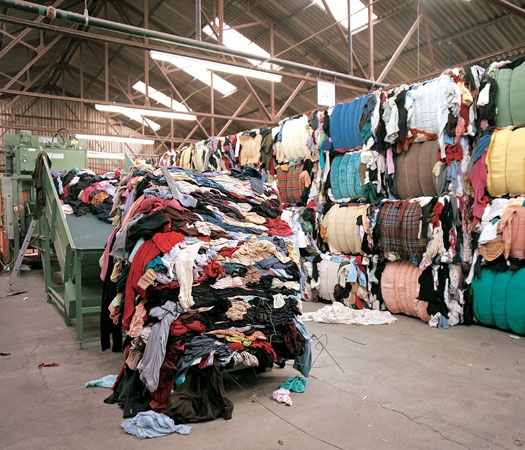 Get a quote for clothing product destruction here.

Federal and international laws require businesses to destroy certain materials in their possession. Some legislative bodies also limit the disposal of some kind of materials or consumer products.

Businesses dealing with clothing products should incorporate clothing product destruction as a security procedure and should take advantage of the services offered by Re-source Recycling to securely and effectively destroy them.

How do I obtain a quote for my product destruction?

How do I pay for your service?

We will provide you two options when requesting the quote. You can either be billed electronically or have the invoice sent to your mail after the product has been destroyed. You can choose any option you want.

Can I witness the process as my product is being destroyed?

Yes, you can witness the process as your product is being destroyed. As a matter of fact, we will provide you with a link to view the process in your customer account together with how to log in to our camera. We will also tell you the exact date and time the product will be destroyed to make it easy for you to follow up.

How long after my product has been destroyed will I get an invoice?

We will issue you an invoice within 30 days after your product has been destroyed.

If you have been to a mall recently, you would have probably noticed that more and more retail chains are using clothing donation bins. As a matter of fact, some big fashion brands have launched take-back programs designed to incentivize people to donate unwanted clothes, curtains, shoes, and underwear. Shoppers are given a discount on a future purchase in some cases.

According to a survey conducted by Marketplace, the labels on the recycle bins suggest that they include a number of recycling and reuse claims. They made use of phrases such as “creating the new” that implied that old clothes will be made into new ones.

H&M Group has the most widespread and established in-store recycling program. H&M has recycle bins in its over 4,200 stores across the world.

Elizabeth Cline, author, and environmentalist says that less than one percent of the donated clothing is recycled to make new clothing. Furthermore, I:Collect, the company in charge of the donations for H&M and many other major retailers say that about 35 percent of what is collected is used to make products like carpet padding, insulation or painter’s clothes.

According to Cline, it is not simply a matter of turning your old clothes into new ones. The reason is that a lot of the clothes are made of blended fibers and so do not easily break down, she added. Cline further said that the quality of the material reduces when the cotton and wool are recycled.